POMPEINRETE The project is sponsored by the city of Pompeii and funded under the ERDF OP 2007-2013 Campania.
It includes a series of coordinated actions to promote and enhance, including through the use of new technologies, the territory of Pompeii, highlighting another little gem of great cultural heritage: the Church of Our Lady of the Arch, in the heart of the ancient district of Civita Giuliana, the restoration project designed by architect Professor Pasquale Miano.

The Mayor of the City of Pompeii: Ferdinand Uliano
The arch bishop of Pompeii: S.E. Msgr. Thomas Caputo
The councillor for Public Works: Santa Cascone

For the City of Pompeii (NA), BBS managed the implementation of a construction project and museum multimedia installations for the cultural promotion of a recently restored architectural gem: the Church of Our Lady of the Arch in the area of Civita Giuliana in Pompei. 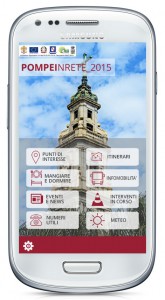 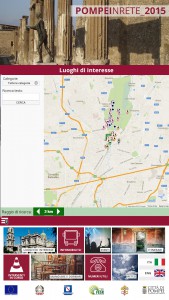 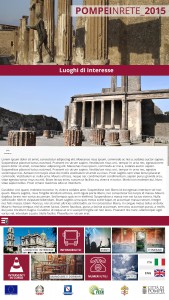 BBS also oversaw the design and construction of: 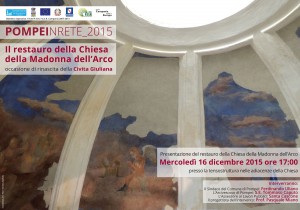 You can download the Apps directly from the App Store: