Design and construction of a Reception and Tourist Information office(IAT), fully operational today, inside the Orio e Serio airport in Milan. The project had as its goal the establishment of a unified system of information and tourist reception: the web portal, CRM IAT Database for the collection of data on the users, with an App integrated into the system.

The partners participating in the project, strongly represented by the whole of Lombardy, are:

The project was initiated in 2007 and implemented in the following years. From 2013 is has been extended to about another 60 IAT Lombard offices, the integrated App system has been graphically revisited and the portal graphics developed.

In 2007, BBS won the public tender “Start up and management of IAT in the international airports of Lombardy” organised by the Regione Lombardia (DDG n. 15423 of 27/12/2006) in order to define tourist reception standards in its nodal centres of influx.

The project, designed as a start-up experience can be extended to all the international airports of Lombardy, it has as its goal the establishment of a unified system of information and tourist reception that guarantees:

• homogeneity of the message being transmitted to the user

• coordinated images common to all facilities

• coordination with the local national and international tourist system

• cooperation and coordination with the institutions and competent bodies with the role of monitoring and controlling the activity.

In 2013 the project was extended to about 60 IAT offices in Lombardy.

The IAT Office of Orio Al Serio: the technology

The Tourist Information Office is entirely based on the Company TV® platform technology developed by BBS with the contribution of the Regione Lombardia and a recognised patent of the Ministry of Economic Development (Patent no. 0001370526 of 15.02.2010).

Through technological infrastructure based on digital signage system, the office can disclose multilingual interactive multimedia content, constantly updated remotely in total autonomy by IAT operators. In the specific case of the IAT of Orio al Serio, interactive multimedia stations have been integrated in places both outside and inside the office.

At the software level, the system is equipped with an application content management, whose main features are: to manage and publish content, definition of pages and allocation / release, defining interactive capabilities, updating content and scheduling, visualisation of content , operation monitoring through LAN. 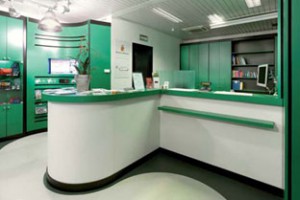 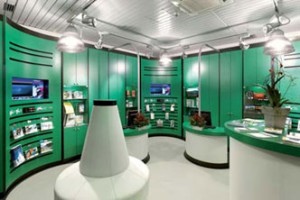 Under the same project, with a CRM criteria, BBS developed a IAT Database platform. The system allows an exchange of data for both input and output to and from other information systems involved in the IAT project. The application is able to:

Since this is an application based on web technology, it has the following advantages:

1. maintenance of the functionality of the system is very fast and safe; It does not require complicated distribution procedures. The changes are released on the server and are immediately available for the IAT operators.

2. IAT operators can use the application from any PC connected to the internet, regardless of where they are, using just the browser.

3. No need to install any programs on the PCs of IAT operators, because the core of the application is on a separate server.

Under the same project, BBS developed a multilingual web portal for the airport IAT system, which became the unique reference point, for the collection and coordination of services and tourist information from the different regional IAT offices.

The portal is visible on the Internet at www.iatlombardia.com  and www.visitlombardy.it

In 2013 the portal was revised both graphically and in terms of content. The information gathered was then reorganised by province and IAT Office of relevance, offering the tourist / visitor a georeferenced search mode and exploration of the area, places of interest and accommodation.

Here are some screens shots 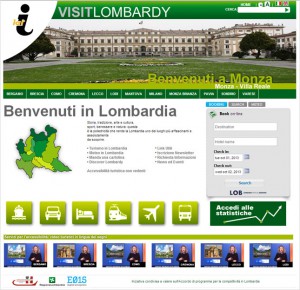 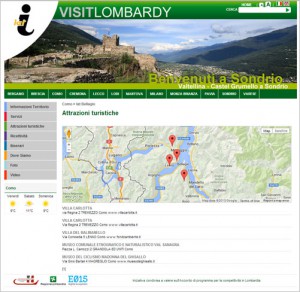 Accessing a IAT office, the user can call up the following content:

In the initial project phase, the portal attractions on the portal were about 1400, about 1800 accommodations and about 80 routes. Here is some example content. 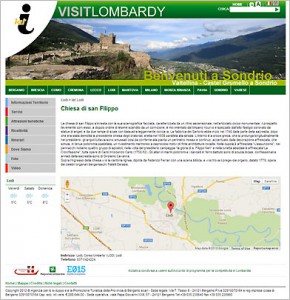 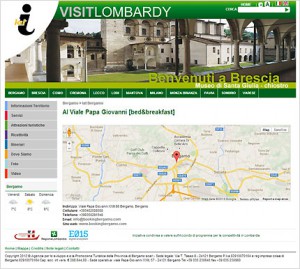 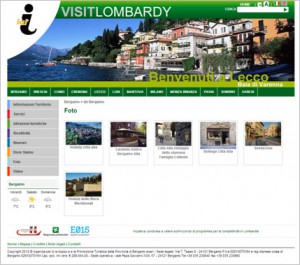 In 2013 APP I.A.T. Lombardia “Always open” was created specifically for each IAT office to provide support to tourists via mobile even during the closing hours of offices, the application is available on the app stores (GooglePlay and AppStore).

Through the APP tourists can enjoy the content managed by the portal IAT Lombardia, as well as videos made with L.I.S subtitling for the hearing impaired.

You can download the app directly from the App Store